Cactuslammer was a hammer found in desert biomes.

Whenever a Cactuslammer was swung, it expelled a cleaving wave of thorns in the direction of the swing. The thorns dealt damage and had knockback.

Interestingly, despite being classified as a hammer, the player was able to block with the Cactuslammer.

It was removed when weapons were overhauled in update Cheerful Giraffe. 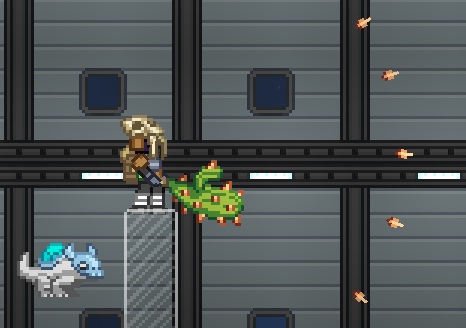