This article or section is currently in the process of an expansion or major restructuring.
You are welcome to assist in its construction by editing it as well.

Behavior Trees are used in Starbound to tell NPCs or Monsters what to do.

Behavior trees are made up of smaller nodes. There are 4 different types of nodes in Starbound behavior trees: Composite, Decorator, Action and Module. Each node by itself returns either "success", "failure" or "running" as a status. The node may individually configure when it returns "success" or "failure", after it has ended its task. The node is "running", when it didn't finish its task yet.

Composite nodes may have many children and usually are used to initiate a sequence of smaller nodes. Decorator nodes only have 1 child node that does something. It might be useful to modify or do something with whatever its child returns. Action nodes don't have any children. They just do some action and are fully documented in Lua. Module nodes are individual behavior trees, which are called.

You may edit or create behavior trees by just editing the .behavior files by any text editing software, These files are written in JSON, but this format doesn't look the best just in the text form...

There is an Electron editor by Healthire made for easier behavior tree building(called Behavior3 Editor). The description of the GitHub repository accessed through the link explains how to install this software and get it ready. (The nodes.json file can be found here)

If you are confused with the instruction and/or unfamiliar with the installation procedure provided there, follow this step:

The GitHub page of this editor should have already taught you how to import nodes into the editor. You can now open an already existing .behavior file or work on your own.

In the "File" drop down menu at the top of the editor, you may find "Open/New Project" and just "Open", "Save", "New Tree". The simple "Open", "Save" and "New Tree" options simply refer to the current behavior tree you're editing or may want to open. To open an existing behavior file, just go to "File" > "Open" and find your .behavior file. Starbound vanilla assets, once unpacked, have their own "project", which actually gives you an alternative way to open the existing nodes - You may go to "File" > "Open Project" and select the .behavior-project file. The .behavior-project file itself points at the folder with all the .nodes files, which all describe nodes for all specific categories. In fact, nodes.json file that you are asked to import is just the collection of all .nodes files put into one JSON object.

To drag the "node map" of the tree, hold your middle mouse button. You may zoom out or in by scrolling the mouse wheel. Note that the zooming out or in focuses on the Root node, which exists in every behavior tree. Using the left mouse click you can select nodes or multiple nodes.

On the left side of the editor, you will see a list of nodes, once you've opened up your nodes.json file. However, there are keywords "Nodes" and "Trees" on top. The "Nodes" menu is selected by default and shows all the nodes available to be used. You may select a node from that menu and drag it into the behavior tree. There's also the "Trees" menu. It lets you view all opened behavior trees. By default, when you open the behavior3 editor, it already opens a new empty behavior tree, but it isn't that used. Once you create new trees or open different ones, they all get added to that list, making it easy to navigate multiple behavior trees, without the need to open multiple instances of the Behavior3 editor. The button "New Tree" creates the same empty new tree for you.

(Note: Sometimes, when opening new empty trees, you might not see the default "Root" node. Don't drag the map around and just insert another node. Everything will get fixed then.)

Each single node in vanilla has its own function. You may create your own ones. Tutorials on that are below. 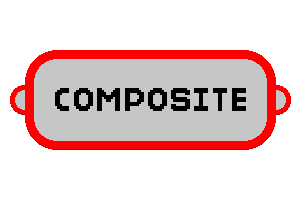 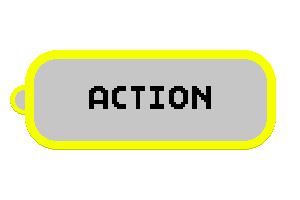 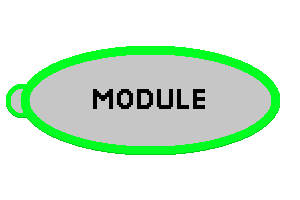 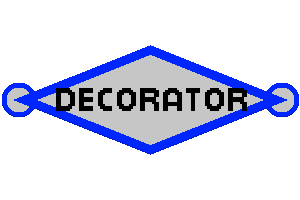 Custom nodes are created by creating a new .nodes file(or editing one). Inside the .nodes file, each JSON object represents a single node.\

After you've created this .nodes file, save it under the "nodes" folder, as a part of the main Starbound behavior "project". If you want, you may create a folder and make your own project there, while copying all vanilla and yours .nodes files. Nothing will be damaged, Starbound will likely still use its own vanilla "project".

Finally, if you've created a node, you need to define whatever it does. Create a script(if you are creating a module node, you don't need to do any Lua), as you've defined for the "script" key and create all functions for your corresponding node names. There are a set of arguments always given to each single node Lua function. First argument is a table containing all previously passed JSON parameters, configured within the node with the editor. Second argument is a board, which is rarely used and is a userdata variable. It contains some methods you may find get used in vanilla.(The writer(s) of this page doesn't/don't know what methods it contains and what they do) Third argument is the node ID in the behavior tree(?). And finally as the forth argument, script delta is passed(usually named "dt"), which is the amount of seconds an interval lasts between firing nodes again.

If you've patched a vanilla .nodes file to add a new decorator or a composite file, you'll be forced to dirty edit the vanilla Lua scripts.