Little is known of the Hylotl-owned Letheia Corporation. It seems to be well-known brand throughout the Starbound universe. It offers a wide range of products and services to its customers.

One of these is space travel. The human mech body (Venturer-00 Mech Body) (and quite possibly, the human ship for its distinct color similarities) is made by the Letheia Corporation. The corporation also stocks Erchius fuel. In fact, it is stated by the corporation that 65% of all station deployments are done using their services.

The corporation is also known for offering furniture, as well as entertainment services, such as the successful Numi TV show and more niche Beautiful Attempt! video game.

The motto of the Letheia Corporation is "Why live life without Letheia?", suggesting its popularity across space. 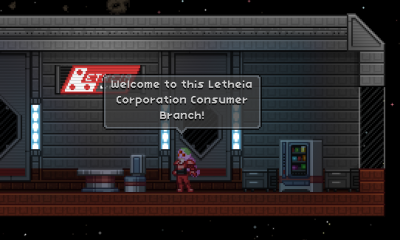 One of its offered services is fuel mining. It seems to specialize in collecting fuel on lunar formations (although competitors in Erchius mining are mentioned), such as the player-traveled Erchius Mining Facility (also known as Letheia Lunar Base 12). The corporation tried to cover up what they had found by removing all contact from that moon and abandoning the facility.

The corporation also has their own mandated guidelines. 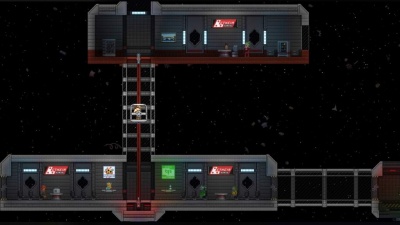