From Starbounder - Starbound Wiki
(Redirected from The Ark)
Jump to: navigation, search 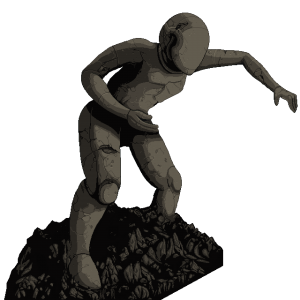 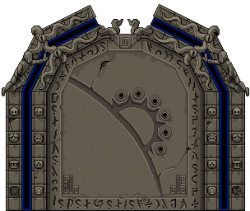 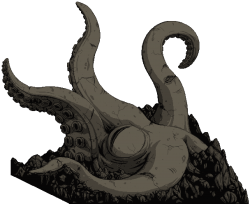 The Ark is mysterious structure which is initially accessed via the Ancient Gateway found on garden planets. It's found just east of the outpost.

There is a teleporter placed between the outpost and the Ark which is the fastest method of travel there. After the Grand Pagoda Library mission is completed, the shop Treasured Trophies will open next to the teleporter. Stationed around the gate are several ancient holograms, and two massive statues with ancient writing on it. Above the massive gate is a hologram of a solar system and large streaks of light. Throughout the Ark are depictions of a humanoid figure juxtaposed with tentacle creatures.

Decoding the Ark's writing and imagry was a community effort during late beta. It was one of the earliest hints at what would later become Starbound's story.

On February 24, 2015 Tiy tweeted an image of an upcoming Ancient Gateway that has the 8th race slot intact. Tiy stated that this new gateway will be part of the "final (non-placeholder) plot".[1][2] He also added: "In the end I'm glad we didn't compromise and rush to 1.0 with something less than this. The lore, characters and events will be epic."[3]

On March 3 an effort on the forums began to decipher the symbols on the new gateway. By late that night forum user "laserpanda" had decoded the message.[4][5]

By March 25 the Monolith Gate was present in the Nightly build. It had been altered to remove the face in the 8th race slot and fill in several missing letters in the original decoding.

On March 26 an Ancient Plaque showed up on the nightly build. This also had runes on it that were decoded. You can see the updated gate and plaque decoding here. The plaque is located in the secret room of the Erchius Mining Facility mission, where the black cat used to be. The lighted runes above that room are now speculated to be numbers in the ancient language of the Ark. See Secret Symbol 1, Secret Symbol 2, and Secret Symbol 3 for more info and images.

The Ark location and Ancient Plaque room were added to Stable in update Spirited Giraffe. And characters were added and it was integrated into the main story in update cheerful giraffe.