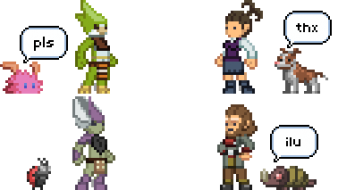 As mentioned above, it is possible to change the pattern of a ship pet. To do this, you will need to enable admin commands to, place your cursor above your ship S.A.I.L, then type in the command /entityeval object.smash(), The S.A.I.L should drop to the ground and your current ship pet will disappear. Placing your S.A.I.L again will spawn in a new pet.