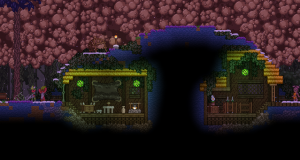 The ID used by the /placedungeon command is 'floranhutvillage' (Warning: placing a dungeon may cause some objects to disappear and animals will also appear within the dungeon)